I was in Duluth, Minnesota the week school was starting. I was standing out on the lighthouse pier on Lake Superior enjoying the summer evening air and the full moon reflecting on the water when an eight year-old girl walked up with her family. We hadn’t even greeted or nodded when she looked up to me with two things to announce: 1) This is the most beautiful thing ever! and 2) I am wearing school clothes! We just bought them!

The exclamation marks were definitely hers. Her excitement was contagious. And I couldn’t help but to begin to anticipate her first week of school. Would she have a mini-project to make the first morning to get her active and engaged? Would reading time be established early on with great selection, choice and time for interaction? Would she do the science fair or maybe even a language fair this year?

And then as she skipped off, my grin and optimism waned:

Would she fill in a lot of worksheets?

Would that first worksheet be an “All About Me” card complete with questions to try to get at whether reading is done at home or one or two outside interests that her teacher could bring up if she wasn’t engaged. That is if the teacher had the time to read and memorize which info went to which cherub face.

I know pretty pessimistic. I only went there because that’s what happened to me the first three years of teaching when I averaged 42 students in each class, 3 periods a day (block schedule), and 4 preps (different classes).

Such worksheets simplified the getting-to-know-your-students step, but for me was rarely anything more than a quiet few moments on the first day. Worksheets often simplify what can’t be. In a guest post, Richard Andrews gave us one such example: the simplification of genre study into filling-in-a-paragraph template. In reality there are few things in teaching and learning that can be simplified to that degree.

I was asked recently while on a plane what I think “all those bad teachers out there” needed to know. (I always avoid the plane niceties, in order to avoid questions like this.) And as I started to pull out my headphones hoping that would give the guy a pretty good hint that this conversation was not going to happen, it dawned on me that I do have an answer—and not for “bad” teachers. I have an answer for anyone thinking about the teaching/learning nexus.

I had recently clicked on an intriguing link from @rushtheiceberg, which you can see below. He had written a short, but far from simple post called The Messiness of With. It was one of those moments that rang true for me. It was amazing to have my experience encapsulated so succinctly in another’s words. From 15 years of working in education, I know: We learn with others and it’s a messy mix when we really set out to exchange our ideas, feelings and perspectives—even more so when we try to influence each other.

Here’s @rushtheiceberg‘s piece. See if also rings true for you.

Education is not a “I learned from” concept;

rather, it is a “I learned with” concept.

The Messiness of “With” | Rush the Iceberg http://t.co/e3JZVA8 #edchat #midleved

If I had to pick a list, I know I’d want the human, active, deep & transformative one. In order to have that, do we just have to put up with the fact that it takes time to build meaningful relationship…not to mention it’s *super* messy? Isn’t messy the exact thing we avoid? And I don’t just mean peanut butter and jelly spilled on the countertop. For a very long time as a society we have set out to tame messy—categorizing, ordering, defining in the name of progress. Not that these aren’t progress, it’s just that it isn’t necessary to avoid what’s messy. In fact, it is sitting in the mix of emotions and misunderstandings about perspectives and sharing moments that we, as David Brooks put it, emerge.

In fact, I leave you with a section of the article in which David Brooks addressed this idea:

I’ve come to believe that these failures spring from a single failure: reliance on an overly simplistic view of human nature. We have a prevailing view in our society — not only in the policy world, but in many spheres — that we are divided creatures. Reason, which is trustworthy, is separate from the emotions, which are suspect. Society progresses to the extent that reason can suppress the passions.

This has created a distortion in our culture. We emphasize things that are rational and conscious and are inarticulate about the processes down below. We are really good at talking about material things but bad at talking about emotion.

…Yet while we are trapped within this amputated view of human nature, a richer and deeper view is coming back into view. It is being brought to us by researchers across an array of diverse fields: neuroscience, psychology, sociology, behavioral economics and so on.

This growing, dispersed body of research reminds us of a few key insights. First, the unconscious parts of the mind are most of the mind, where many of the most impressive feats of thinking take place. Second, emotion is not opposed to reason; our emotions assign value to things and are the basis of reason. Finally, we are not individuals who form relationships. We are social animals, deeply interpenetrated with one another, who emerge out of relationships.

3 thoughts on “We Learn With & With is Messy” 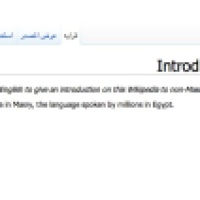 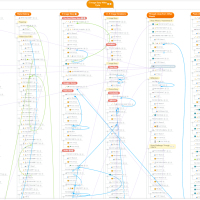