Skip to content
The following is a Guest Post from Julie Warner, a doctoral candidate at Teachers College, Columbia University in Curriculum and Instruction with an emphasis on literacies and an instructor of writing at Armstrong Atlantic State University in Savannah, Georgia. It is based on research presented at the 2012 Literacy Research Association conference (précis is available here). Julie tweets with the handle @newliteracy.

When I was a young girl, I kept a diary. Since I was the oldest of four siblings, it had to come equipped with a lock (the kind that was more of a suggestion than an actual deterrent). Accordingly, my younger brother at one point read my diary; it was so embarrassing. And so when I was witness to the blogging phenomenon years later, I thought it strange to put one’s diary on the Internet for all to read.

But that’s just what the teens I was studying were doing: recounting the events of their days, processing the meaning of said events, and expressing hopes and dreams, all online for me and anyone else to read. I became intrigued as to how they thought about their audience when they were blogging in this capacity. The three teenagers upon whom I focused all offered some variation of the same idea: that the blog was “just for me.” However, the genre of the blog, by nature hosted online and thus quite public, told a different story.

Because people’s practices (ways of doing things), the way they talk about those practices, and the language they use within those practices offer an illustrative picture of people’s approaches to participation in dynamic digital spaces, I looked at both the content of the teens’ posts, as well as the cultural models (ideas people have about appropriate ways to be in a culture) that the youth referenced in their posts and in interviews with them.

The content and discourse were sometimes at odds. Looking closely at the language Pete (self-chosen pseudonym) used in his blog, I read:

He “can’t tell anyone,” yet he posts to the blog, by nature open and public, with a potentially global readership. I wondered: Is “everyone” (this global audience made possible by the Internet) consequently “no one?” Is “telling” not equivocal to posting in his blog?

In examining Pete’s practices related to his participation online, it was clear that at least in part, he was his own audience. In interviews, he told me how he used the tagging features of the blog platform to label the blog posts for categorization and later recall. In addition, he would at times manipulate the size and color of the font in certain places so that it would be later visible as he scrolled through the postings. And when I asked him why he blogged, he said it was to “prove every day really happened.” Because there is no one requiring that he “prove” the occurrence of the days of his life, it is likely that he desires an account of his days; we as humans have little capacity to remember the details of each day without the aid of a written record.

Additionally, there is a reflective quality that suggests he writes for himself. According to the time stamp on the blog posts, he usually writes around 11 p.m., and recounts the activities and events of the day, as well as his thoughts about them and lessons he takes from them.

Yet, some of his writerly moves suggest that he composes for an audience that requires contextualizing background information. For example, although at times he uses insider language, at other times he seems to try to bring the outsider in via hyperlinks to auxiliary information. In a post from August 18, 2009 about a trip to Chicago he used hyperlinks to provide more information for the reader. The trip to Chicago is to visit family, and in the post Pete explains things about his family and links to information to fill in for the reader who he is talking about. There are hyperlinks to a Wikipedia page and a website that give additional information to the reader about the allusions he makes:

While he doesn’t explicitly say that he is offering background information, that is the function of the hyperlinks (seen as blue text in the above screenshot selection).

So what do I make of all of this conflicting data?

By definition, cultural models are taken for granted. This makes them difficult for people to articulate. As further complication, because technologies and the ways people take them up shift almost constantly, it is difficult for people to report on their perspectives surrounding them. Pete’s cultural model or his ideas about appropriate dynamics of interaction is that he acts appropriately considering the rapid pace of change in digital composing environments.

As for myself, my digital composing practices are in flux. I notice that I resist new media until I have a reason for using. In the early 2000s, it was MySpace; a friend strong-armed me into creating a page since “everyone” else was there. Shortly thereafter, it became an ingrained practice; I would change my MySpace song to reflect my moods, almost daily, and if I wanted to feel a connection with my friends, I would just post an inside joke to their page. Now, I can barely remember those practices that were like the air I breathed at the time. I know I couldn’t process what I was doing at the time, and now it’s a distant memory, and I’m tweeting, blogging, pinning, etc. and who knows what I will be doing tomorrow.

As digital media and Internet connectivity increasingly saturate all corners of our lives and social worlds, and thus how we act, think, and communicate, concepts like “online diary” or “intimate strangers” (Gee & Hayes, 2012, p. 35) seem less paradoxical and more ordinary. Our cultural and “linguistically conveyed representations” (Manning, 2007, p. 157) can tell us about a shared social reality, a reality that changes at a rapid pace, in ways that we as humans often cannot easily articulate because of the pace of change. It may be impossible to paint a picture of cultural models that endure since cultural models are ever-changing in response to changes in larger social participation and technologies linked to media evolution.

There are many questions that remain for me: 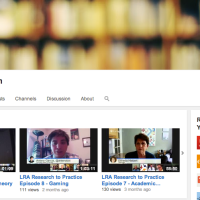 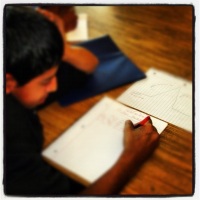 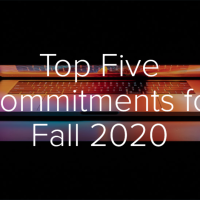 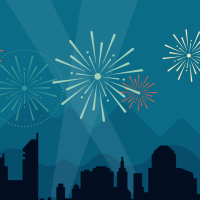 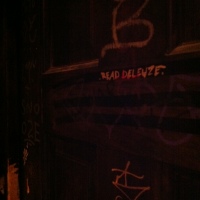